Grandmother Fights to Raise Awareness of Legionella in Compost

After contracting Legionnaire’s disease, a particularly deadly strain of pneumonia, a grandmother is trying to raise awareness of the disease which can be contracted from something as simple as a common bag of garden compost.

Margaret Malcolm, a 72 year old from Prestopans in Scotland, had to placed on life support after contracting the disease. The grandmother felt the effects of contracting the bacteria – which had been growing inside the compost – as soon as the next day where she started to feel faint and unwell. She spent the next few weeks in hospital drifting in and out of conciousness as the disease caused her lungs to fail.

Thankfully Margaret managed to pull through and fight off the highly dangerous disease but she is still feeling the effects to this day despite making a recovery from the most dangerous stages of Legionnaire’s disease.

“I never knew that there was a chance of catching something like Legionella from a bag of compost and I don’t think many people do,” she said. “People need to know.

“It’s changed my life,” she added. “I get so breathless now. I used to be able to get about, walk to the bus stop and go to Tesco – now there’s no way I can do that. I have to rely on my daughters to do all my shopping for me.

“I even struggle to get up and down the stairs in my house. My confidence has been shattered by it. I’m constantly tired. I’ve been told I could be feeling like this for a year.” 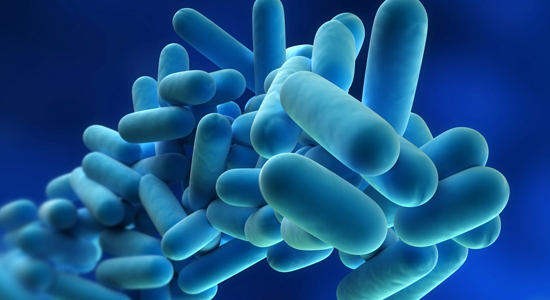 Caused by the bacterium Legionella pneumophila which is commonly found in natural water sources such as rivers, lakes and reservoirs (although these pose less of a risk due to less than ideal conditions for bacteria growth), Legionnaire’s disease is usually contracted by the presence of this bacteria in small droplets of water in the air that are directly inhaled into the body.

When Legionella bacteria is present within areas which is favourable for bacteria growth (which includes such areas where water is maintained at a temperature high enough to encourage growth such as cooling towers, condensers, spa pools and hot water systems) the bacteria can multiply exponentially, increasing the risk of contracting the disease.

It is believed that Legionella growth within compost – commonly known as a hazard to those who regularly work with the material, has been caused by changes in how compost is manufactured. While compost used to be mainly peat, it now contains sawdust and bark, creating a better breeding ground for the bacteria to thrive within the contained environment.

This means that if a bag is infected with Legionella bacteria that the person who opens the bag could easily breathe in the spores immediately or could regularly breathe them in as a result of standing near areas where the compost is used such as hanging baskets.

When Mrs Malcolm opened the bags of compost she’d bought, she had no idea that there could be a risk of contracting the disease. The only warning on the bag advised to use protective gloves when using the compost with no mention of Legionella disease.

Between 2008 and 2012 a total of nine cases of the disease being contracted have been reported in the Scotland area, all involved with gardening.

Dr Syed Ahmed, Consultant in Public Health, Health Protection Scotland said a report on the outbreak is likely in the next few months: “It is important that all members of the National Incident Management Team have an opportunity to review the report before it is finalised.

“The risk of becoming unwell from gardening activities (such as working with compost) remains very low. However, we would recommend good hygiene in relation to gardening – wearing gloves, a mask, and washing hands immediately after use.”

Most manufacturers regularly carry out heat treatment of compost to kill off bacteria within the material (Legionella bacteria can be killed off by high temperature levels) but it is still best practice to make sure that the disease is highlighted and people take protective measures against inhaling the bacteria.

Mrs Malcolm and other elderly people are most at risk from the disease due to the decline of the immune system that comes with age. It’s a particular worry as Legionella bacteria can easily be contracted by retired individuals who take up gardening as a hobby and are unaware of the presence of Legionella bacteria within compost.

Carrying out a report into the outbreak, HPS (Health Protection Scotland) said:

“There is a definite but very small risk of L.longbeachae infection from using growing media in those undertaking gardening activities in Scotland.

Given the increasing popularity of gardening as a hobby and the growing number of over-65s with a higher prevalence of at-risk conditions in the population likely to participate in it, further cases of Legionnaires’ disease due to this cause can be expected.”

View all posts by: Daniel Curtis

Our new LGV/HGV training courses can be tailored to meet your requirements and we are fully flexible to your needs.
Read more

On Monday, a worker saved his mate's life by hitting him with a wooden plank in a desperate attempt to get him to release his grip on an electrified lamppost, according to local press reports in the Basingstoke Gazette and the Southern Daily Echo.
Read more

A sub-contracted operator had a close brush with electrocution when the raised arms of his 20-tonne excavator hit an 11kV power line as he drove up a slope at Scottish Water Bathgate in West Lothian, Livingston Sheriff Court was told yesterday.
Read more

Sign up to the PASS newsletter for news and information.