A confined space, an area that’s hard to enter, potentially dangerous and generally unsafe for human habitation, should always be approached with care, the correct knowledge and the correct equipment for entry. This makes sure at all times that the safety of those entering the space is not jeopardised and the risk of potentially fatal incidents is exponentially reduced.

In many cases, using the correct equipment and enforcing procedures are forgotten about simply to save time or alternatively as a result of inadequate training provided to those who will be working within the enclosed environments. Such examples often result in disaster – countless lives have been lost are damaged just because simple checks of the environment weren’t carried out ahead of time and the person entering the environment has been exposed to hazards.

The dangers that a person faces upon entering a confined space are vast. These are just a few examples of problems that can exist within one of these areas:

Assessing each confined space individually is essential to ensure that these risks – and potential other hazards – are flagged up, addressed and any training/equipment necessary is given to employees before work is carried out.

The following example is just one horrifying example of what can happen when confined space awareness is forgotten about.

Two workers were asked by their employer to attend to a water meter chamber that was approximately 1.8m deep to carry out a routine check of the meter. This area was a significantly confined space and posed a danger to both men. 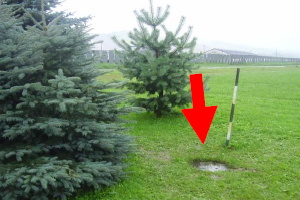 The entrance to the confined space.

The first inspection of a nearby installation went perfectly. The two men used a single channel oxygen gas monitor of the previous chamber to check that the atmosphere was OK before entering. As it was fine, they entered the chamber and carried out the work safely.

Upon reaching the second space, the men assumed that since the first space was fine, so would the second one. This was not the case – upon entry to the space the first worker was almost instantly knocked unconscious by a severe lack of oxygen in the atmosphere due to the confined nature of the space. His colleague, who had turned away only for 10 seconds, soon discovered the worker slumped at the bottom of the space. 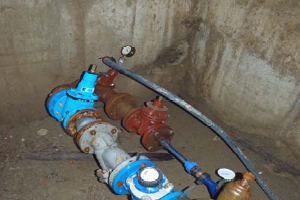 The tiny chamber inside the water meter space.

Despite the best efforts of the emergency services the lack of oxygen in the chamber caused severe brain damage to the worker. It was discovered later that the chamber he had entered had an atmosphere that was just 6% oxygen.

Had he been working alone, there’s little doubt this man would have died in the confined space. Even with this in mind his life has still been irreparably damaged after just seconds in an area, simply because the checks necessary to maintain safety in the environment weren’t enforced by qualified personnel.

Absolutely every person involved with a confined space, whether they’re entering, rescuing or managing, should be responsible for ensuring the safety of others. Necessary checks made for safety should be enforced at all times, their importance should be communicated and should be carried out each and every time for every confined space.

Every space should be assessed individually for hazards and the correct equipment should be provided at all times to ensure safety within these environments.

View all posts by: Daniel Curtis

Our new LGV/HGV training courses can be tailored to meet your requirements and we are fully flexible to your needs.
Read more

On Monday, a worker saved his mate's life by hitting him with a wooden plank in a desperate attempt to get him to release his grip on an electrified lamppost, according to local press reports in the Basingstoke Gazette and the Southern Daily Echo.
Read more

A sub-contracted operator had a close brush with electrocution when the raised arms of his 20-tonne excavator hit an 11kV power line as he drove up a slope at Scottish Water Bathgate in West Lothian, Livingston Sheriff Court was told yesterday.
Read more

Sign up to the PASS newsletter for news and information.